photography as a healing tool

Open the photo gallery on your phone and scroll down to the oldest image you have saved.

Now think about the story behind it. What happened that day?

Who’s on that photo?

If you think about it for a moment, you can probably remember everything about it. The noises around you, people, whether or not it was raining.

Those of you who know me or have seen my Facebook page ( https://www.facebook.com/PictureYouLtd ) will know that I often talk about the importance of photographs for capturing memories and creating a story-line of your lives for your children.

To me it’s the most important reason why I love what I do; creating histories, recording family stories growing and evolving.

But there’s another side to photographs which I hadn’t considered until recently: the healing power of photographs when you are in a difficult and dark place.

The power of photographs to help pull you through painful times and bring you back to yourself.

Louisa has been a good friend to me since our childhood, over 30 years ago now.

Two years ago she found herself unexpectedly pregnant in her forties, after a lifetime of believing she could not have children due to a medical condition.

She had an exceptionally difficult pregnancy; 9 long months of illness, exhaustion and extreme anxiety about childbirth and motherhood.

When her daughter was born, Louisa experienced an extremely traumatic few days in the hospital as her caesarean section scar failed to heal and she bled internally and externally.

After several days of nil-by-mouth as surgeons debated further surgery, Louisa experienced increasing anxiety and desperately missed the opportunity to bond with her new baby, who was at home with Louisa’s parents.  Struggling with dehydration, anxiety and exhaustion, it was at this point that she suffered a breakdown along with visual and auditory hallucinations.

She began hearing voices in her head and as she described it, “The world went dark, I felt something snap in my brain”.

This was the beginning of her lengthy struggle with post-partum obsessive-compulsive disorder, the conviction that her baby was better off with someone (anyone) else, that she would hurt her baby, that she should give her child away to others to keep her safe.

Unfortunately, Louisa is far from alone in her struggle with maternal mental health issues.  At least 1 in 5 women in the UK develop mental health problems during pregnancy or in the first year after the birth of their baby.

According to the Royal College of Obstetricians & Gynaecologists (RCOG), around one quarter of all maternal deaths between 6 weeks and 1 year after childbirth were related to mental health problems, and 1 in 7 of those women died from suicide (Maternal Mental Health – Women’s Voices, 2017).

Maternal mental health is a much more significant, and devastating, problem than we like to imagine.

Suffering her breakdown in hospital, Louisa’s mental health difficulties were obvious and she was referred immediately to the maternal mental health crisis team. She was very quickly seen by the right people and did not have to suffer in silence at home, pretending to the world that everything was fine.

In this respect at least, she was fortunate.

According to the RCOG survey of 2017, only 7% of women who experienced maternal mental health symptoms were referred to specialist care, and 38% of women waited over 4 weeks to be referred (with some women waiting a year).  Louisa was seen immediately, and medication and therapy was quickly arranged.

Almost 2 years later and Louisa is still on medication and is still receiving therapy, but she is no longer in crisis and she has a wonderful relationship with her daughter.

But it has been a long and difficult journey and has filled Louisa with the desire to understand more about her condition and to fight her way back against it.  As part of this, she spoke to me recently about her battle to regain her sense of self and the part that photographs have played in this.

The power of photographs on mental health

Louisa visited me for her newborn photographs, a few weeks after her daughter was born, and she was barely recognisable as the confident, outgoing friend I had known for three decades.

At that point she had not allowed any family photographs to be taken.

After we finished photographing her daughter, I convinced her to let me take a few photographs of them on my sofa – not proper studio pictures, just the three of them unposed and natural on the sofa.

I could see this was exceptionally difficult for her; at this point she was still in crisis, and was struggling to connect her daughter with the baby she had carried for nine months.

Exhausted, anxious, on a cocktail of medication, she was fighting voices in her head that convinced her she must not touch her baby, that she would hurt her, that the baby deserved a different mother.

But she allowed me to take a few pictures, and although she is obviously incredibly fragile in them, those pictures are valuable.

They are hard for her to look at, and it’s not a time she likes to remember, but they remind her how far she has come and what she has overcome. Without question it was the darkest time in her life, but she has come through it; her relationship with her husband remains strong and as a family unit they are extremely close.

The journey to recovery

A big part of Louisa’s recovery process has been seeking reassurance from herself – not from others – that she is, at a basic human level, capable of feeling happiness.

Chemical changes within her brain have led to a significant drop in levels of serotonin (the “happiness” hormone”) and is it therefore physically, chemically, extremely difficult for her to pull herself out of depressive moods.

Louisa’s lifeline became two photobooks from the previous few years of her life before motherhood.  She kept these books beside her bed, and when she woke up in the night and felt anxious, or heard the voices in her head, she would repeatedly look through the photographs to remind herself who she was.

She would study each photograph and remind herself how she was feeling then, who she was at the point the photograph was taken.

In the early days of her treatment she could not recognise the person in those photographs, but repeatedly reassuring herself that she had felt happy, that she was capable of feeling happy and that these photographs were evidence of this, helped her believe that she could find her way back to that person again.

Eight months later she visited me for Christmas photographs, and the woman in those photographs is a different person.

Far from the fragile, devastated woman who sat tearfully on my sofa with her newborn, she is smiling and happy and cuddling her gorgeous girl and her husband, who has been her rock throughout.

She has this photograph framed and it sits at the top of her staircase.  Every time she goes up or down the staircase she pauses and looks at this picture.

This one is her proof that she is getting better, that she is coming back to herself.  It’s the one that shows her how hard she has fought and gives her the reassurance she needs from herself, that she is capable of overcoming this.

A tool and a celebration

Of course, photographs alone won’t help someone fight their way back from a maternal mental health condition.  Louisa has relied heavily on medication and therapy, along with support from her husband, family and friends – and ironically, the enforced lockdowns of 2020 have actually been a help in that she has been gifted time away from work to be a full-time parent, which continues to reinforce the bond she has with her daughter and reassures her that she is being a wonderful mother.

But the power of photographs can’t be discounted.

Louisa has used them as a tool to calm her, to reassure her, to remind her of who she is behind the curtain of post-natal OCD and to help her set a goal for returning to herself.

She uses them to celebrate what she has achieved, and continues to achieve, in fighting the condition and the destructive thoughts.  And even that painful first family photograph has its place in her recovery process, just as scars remind survivors what they have lived through, and risen above.

And of course, every photograph of her beautiful, smiling daughter – every snap, every posed picture and every captured moment – is testimony to the happy, loving family that she has managed to create in the midst of such difficulty.

Names have been changed.  If you have been affected by any of the issues raised in this article please seek help at any of the following:

Previous post Thinking about a photo book for your baby? 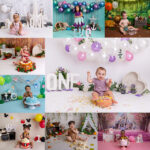